Vinoba Bhave University was established in the year 1992 with its headquarter at Hazaribag, the divisional headquarter of North Chhotanagpur division of the state of JHARKHAND. It is situated at a distance of 100 K.M. from Ranchi, The capital of Jharkhand. Vinoba Bhave University is imparting post-graduate teaching and research in Physical Science, Life Science, Earth Science, Social Science, Humanities, Commerce, Technology and Medical Science.

Beside 22 colleges are managed and maintained by the university, including St. Columbas College, Hazaribag one of the oldest and well established college in the Eastern India(Estd. 1899). Seventy affiliated colleges are also imparting teaching up to undergraduate level in all the above mentioned subjects and in law, Education, Homeopathy and Ayurvedic Medicines. Every year, 900 B.Tech, 4000 graduate in the general courses, 550 graduates in professional and vocational courses and 500 post graduate including M.Tech. Degree are being awarded. Since its inception more than 400 Ph.D. degree have been awarded in all the above mentioned subjects, including technology..

Vinoba Bhave University is funded by the agencies of Government of India and Jharkhand State. It's jurisdiction in Ayurved and Homeopathic extends to the entire State of Jharkhand. 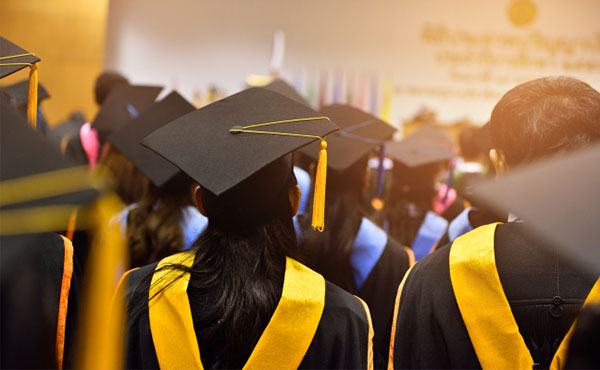 Vinoba Bhave University is the fruit of a years long endeavour by the people of Hazaribag. Although the history of higher education in the town goes way back into the past, beginning with the establishment of St Columbas College in 1899 by the brothers of the Dublin Mission, post-graduate curricula were commenced here only in 1972 with the introduction of MA courses in History and Economics. Subsequently, the college was converted into a post graduate centre of Ranchi University. By January 1983, post graduate teaching was extended to four more subjects with the approval of the Government of Bihar namely English, Hindi Political science and Mathematics. Finally, by Act 3 of 1990, the Bihar state assembly amended the Bihar state Universities Act 1976, carving Vinoba Bhave University out of Ranchi University. It was aptly named after the great saint and pioneer of the Bhoodan Movement, Acharya Vinoba Bhave, as the sage had received here the biggest land donation in the whole of India for social reconstruction.

The foundation stone of the University was laid on 17th January, 1990 by the erstwhile Chief Minister of Bihar, Dr Jagannath Mishra. After two years, (Late) Dr Vinodini Terway was appointed the first Vice Chancellor of the University. She took over charge on 17th September, 1992.

The University soon obtained a motto and a crestâ¬â Jeewanam Satya Sodhanam â¬â an extract from one of Vinobaji`s couplets; and an emblem consisting of a Mandala or Astamandala, an ancient Vedic and Tantrik symbol for equanimity and enlightenment â¬â a transuniversal expression of manâ¬â ¢s attempt to understand the unknown. At the centre of the Astamandala is a lamp with the flame representing learning, dispelling the darkness of ignorance. The base of the circle holding the Astamandala, and the lamp, are rooted in ancient Indian culture, depicting the architectural motif of Mauryan sculpture. The letters are in the Pali style.

The Association of Indian Universities granted membership to this University in December 1992 and in appreciation and recognition of the pace of the growth, granted permanent membership in 2001.The University is also a member of Association of Commonwealth Universities, London. The UGC, New Delhi has recognized the University and registered it under section 12 (B) of the UGC Act 1956, facilitating finances for its all round development. The State Government has allotted it 67.17 Acres of land at Sindoor. The first building on this piece of land was the Central Library Building, built with the generous grant received from Sri Pranab Mukherjee, the then Deputy Chairman, Planning Commission, Government of India.

The University manages and maintains 22 Postgraduate departments including the newly established Biotechnology and Clinical Nutrition and Dietetics Departments, MBA, MCA and M.Ed. under the nine faculties of Humanities, Social Sciences, Commerce, Engineering, Law, Medicine, Ayurveda, Homeopathy and Education. It proposes to introduce a number of professional courses at the masterâ¬â ¢s level such as, Master degree in Geo informatics and Remote Sensing, L L B (5years Integrated Course), Degree/diploma in Physical Education and Diploma in Library science. There are medical and engineering colleges too under the University. In addition to these, Vinoba Bhave University, among the six universities and two deemed universities of Jharkhand, is unique in the sense that it has the entire state under its territorial jurisdiction by wielding control over all the Sanskrit, Aurveda, and Homeopathy colleges. The university has also submitted a proposal to the government of Jharkhand for introducing 15 vocational courses at Degree level. The AICTE has already accorded approval to MCA and MBA curricula. The University College of Engineering & Technology has commenced the first batch selected through the state entrance examination. At present, B Ed teaching is being imparted in ten colleges of the University.

Consistent efforts are on for the all round development of the university departments and the colleges under its jurisdiction. A number of buildings have been constructed from the grants received from the UGC and the state government to enhance the infrastructural facilities and research/academic activities. Examination, finance and other departments are now computerized. Grants have been received from the UGC for the establishment of an instrumentation centre on the university campus. A number of research organizations and educational institutions viz CMRI (Dhanbad), CFRI (Dhanbad), IIT (Delhi), MRC (ICMR, Delhi), ZSI (Kolkata), ONGC (Dehradun), LRC (Ranchi), CRURRS (Hazaribag) etc have taken up collaborative research projects with the University. Minor and major research projects have also been undertaken by the faculty members of the University. The University regularly organizes national and international conferences, seminars and workshops.

The Arts and Culture Board and the Sports control Board of the University are striving hard to ensure a holistic development of its students. NSS programmes too are organized on a regular basis in the countryside and the towns with the objective of bringing awareness among the rural masses concerning diseases, environment, superstitions, illiteracy etc.

At present, the University is forging ahead on all fronts under the dynamic leadership of the Vice Chancellor, Dr. Mukul Narayan De